Is It Time To Optimize Your Website For Smart Glasses? 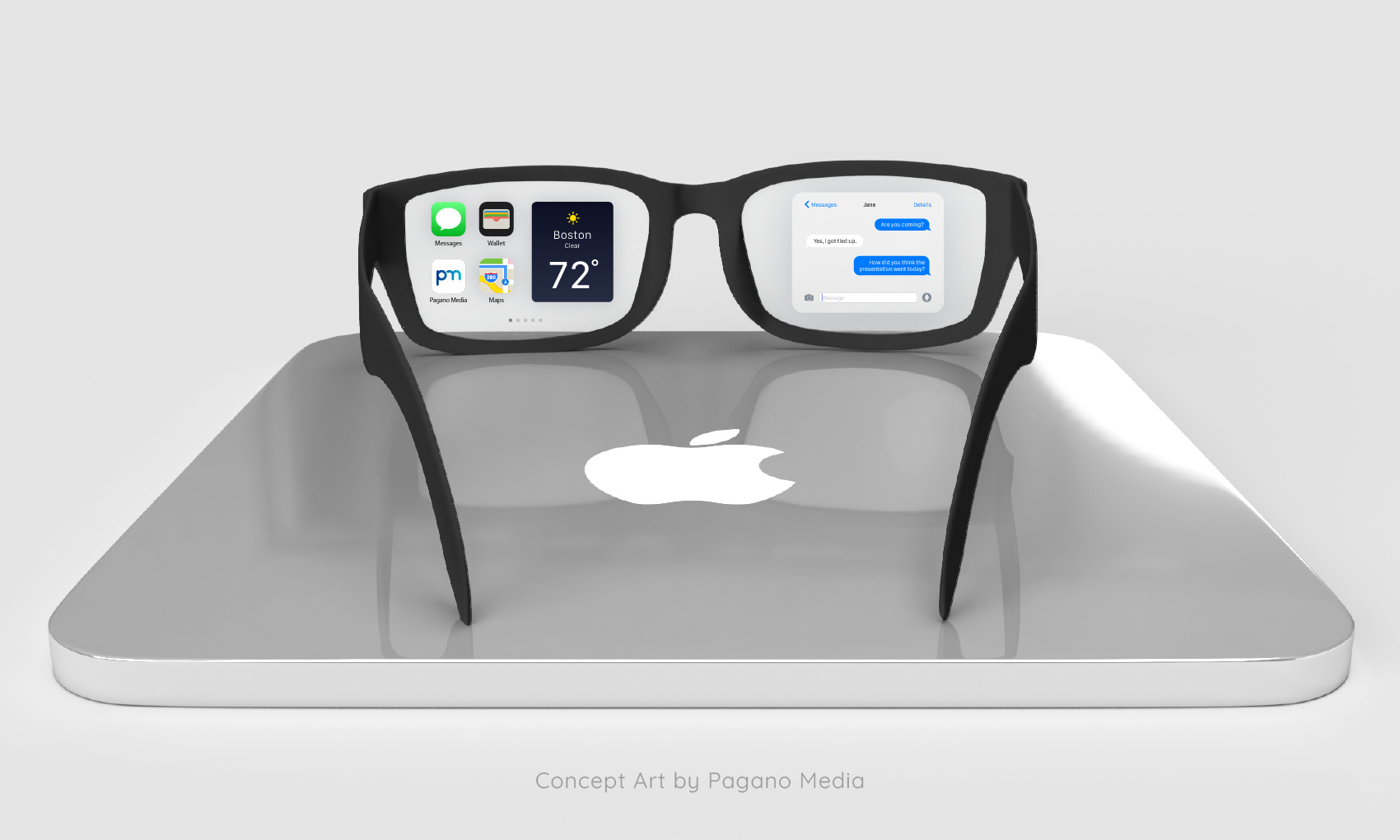 We are on the cusp of another big tech shift as a result of AR (augmented reality) and smart glasses, so one question you may be asking yourself in the next fews years is: does my business need an AR-optimized or smart glass-optimized website or app? It’s certainly not a need for most companies right now, but it may be something you’re expected to have by the end of the decade.

What Are Smart Glasses?

Smart glasses are a wearable device that displays digital graphics in the physical world. You can project a 98” TV screen onto a wall, see an arrow in the street indicating your next turn, test to see if a couch fits in your family room and goes with the decor, and a whole host of other things that have not previously been available to the average consumer.

It’s certainly hard to imagine living in the futuristic world we see depicted in Sci-Fi, but the game-changing tech companies always have a way of pushing new technologies.

Learning From the Past: The Smartphone

To help put it into perspective, let’s learn from the past. Do you remember when the iPhone first came out? Some people were amazed, some people were skeptical. I remember my father-in-law made fun of my wife and I for our usage of apps. “Why do you need apps? Just use the computer.” A few years later, his 300+ apps on his smartphone are a key part of his life and the way he consumes his news and media.

Did anyone expect it to completely change our culture? How many predicted that people of all ages and demographics would be carrying a smartphone in their pocket less than a decade after the iPhone’s release in 2007? Not a lot. Apple has changed the culture and the tech industry so many times, so being in the web industry, we are always asking ourselves, what’s next?

Apple Glass is on the Way

We take everything Apple is planning very seriously so we can stay ahead of the game. One of those game-changers is Apple Glass. According to MacRumors, it’s rumored that Apple has a secret team working on smart glasses and VR headsets. Yes, smart glasses already exist, but this is Apple. They do things better and sleeker. They make it cool. They see the dream and future value, and they get their computers and devices into every home and every pocket. There were already smartphones before the iPhone came out, but it was the iPhone that changed everything.

It’s even rumored that Apple wants to replace the iPhone by the end of the decade with smart glasses. In the short-term, they plan on releasing their first iteration of Apple Glass as early as 2023 that will be reliant on your iPhone for a majority of the processing power. Other companies like Facebook, Google, Samsung, and Intel will be releasing their own smart glasses soon as well.

If Apple Glass truly makes all the functionality of the iPhone easier to use and offers more valuable features, then we believe Apple will be successful in transitioning society out of smartphones and into the new “glass” era.

How Will Smart Glasses and AR Change Web Design and Video?

In the case of the smartphone, mobile optimization and responsive web design was the most significant shift in how we design and build websites. Since we currently offer AR app design and video, we have an idea of how things may change on a large scale, but we don’t know the full extent of how user’s needs will change if smart glasses and VR make their way into society like the smartphone. Since we have some experience in what is currently available to us, we can take some guesses and share what we’ve learned.

When browsing the web, a standard website and video will still function as usual. It will project a flat digital display in front of you or on a wall and a keyboard on a flat surface (or in the air if a surface isn’t available), and you would interact and see it like you would view it on a laptop or monitor. However, with AR technology, new possibilities will arise and existing features that are not widely used now will become very popular.

How Smart Glasses May Change Websites and Apps

Design — Even if we try to suggest something is 3D through graphics and interactive media, working with website design as it stands is still a flat experience, especially with the adoption of flat design, but will companies want to provide a more in-depth, immersive experience for their customers?

Flat design may still be used as far as the UI style (monochromatic colors, minimalistic graphics, etc), but designers will be able to make use of the ability to simulate more realistic depth by adding separated, layered or adjacent panels and add secondary content and pages in our peripherals that we can turn our head and look at. This will add a new dimension to our UX approach and design.

Immersive Tours — This is probably the most widely used AR and VR feature right now, as it’s helpful for realtors, colleges, and tourist attractions to sell someone on a physical space from the comfort of their own home or to add additional elements and information to a physical tour, but will it become even more vital for those who have not adopted this current technology to do so when smart glasses and VR headsets are here?

3D Products — Some eCommerce sites offer 3D models you can drag and turn with your mouse to see all angles of a product, but again, it’s still a flat experience. Imagine being able to view a product to scale and in your environment. Imagine being able to try on clothing and see how it looks on you in your mirror, or testing to see if a desk fits in your home office without pulling out the tape measure.

Google Maps —  You may never have to awkwardly look down or away from the street to look at the next turn on your dashboard-mounted GPS or smartphone because you see the directional arrows projected onto the street, indicating your next turn.

Local Shopping — Walking down the street, you turn your head and see a coffee shop you’ve never been to before. Instantly, AI software recognizes the shop using the smart glass camera and pulls up Google reviews to see if it’s worth your time and money. Maybe you’re walking through a grocery store and see there’s a coupon online for the item you’re looking at, or a better deal down the street. Again, apps like this exist on our phones, but this would provide an added convenience.

Virtual Office Spaces — “Virtual office space” might change to become a literal term with smart glasses and VR. With COVID-19 creating a massive shift to remote working post-pandemic, both partial and full-time, we may see apps that allow you to be together in a virtual environment and retain the benefits of feeling like you are physically with your coworkers doing brainstorming sessions and chatting without having to commute to a physical office space.

How Smart Glasses May Change Video

3D Video — 3D video, as we’ve seen in movies like Avatar, may be standard to accommodate AR and VR (virtual reality). It will provide a more realistic experience and utilize the technology to its full potential.

360 Video — Productions may make more use of 360 cameras so the viewer is completely surrounded in a scene. The camera angles and focal points still change, and maybe the viewer’s field of view stops at their peripheral vision depending on the movie or scene, but again, this concept would allow you to experience movies like never before.

A lot of this technology already exists because of VR headsets like the Oculus, AR-features and games on our phone, even existing AR glasses, but it’s not in everyone’s homes yet, and certainly not on our faces as we walk the streets, so features like this have not been widely adopted yet.

What do you think? Any thoughts on how smart glasses may change your industry? Send us your thoughts through one of our social channels:

Say hi to Kate to start the conversation.